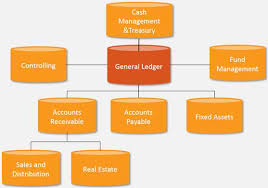 Lumpsum transactions are part of every business but the are happen very frequently. In some cases, payments are put on hold. This type of entry needs to be recorded to avoid any ambiguity in the future. All these transactions are carried over in accounting that becomes part of the General ledger. When payment is deferred to be paid in the future is recorded as Accounts Payable.

The term Accounts Payable refers to the debt owned against vendors, suppliers for the short term as well as long term. In general, it is an extension period provided by the creditor of the firm for payment of a certain amount in the upcoming time. The payment period in Accounts Payable is normally 30, 60, or 90 days cycle.

The term General Ledger refers to an accounting tool used for verification of sub-ledger, accounts, audits, and reporting. All the financial data is maintained in the General ledger of the company in which every debit-credit transaction is specified aptly. It is adopted by the business running on a double-entry system of accounting.

What is Accounts Payable?

Accounts Payable is a common transaction that takes place in every organization. As in major companies regular payment for goods, raw materials, services is not possible. These payments are made as per the payment cycle of the organization. The amount owed by the company against the raw material supplier, goods vendor, and other third parties is recorded under the heading Accounts Payable in General Ledger.

Suppliers usually create invoices and receivers record them in their books of accounts, meanwhile, the business goes on a credit basis. These payments are generally considered short-term debt for companies. The organization is under obligation to clear the due amount as per the mutually decided payment period.

The total amount of Account Payable is transferred to the General ledger at the end to finalize the Balance Sheet at a later stage. These transactions took place in companies through advanced software like SAP or tally. In Finacial statements, the Accounts Payable comes under the heading of Current liabilities.

For better understanding- A company buys clothes for making Coats worth $50, with this raw material company also handed over an invoice to pay $50 within 60 days. This payment of $50 is to be made within 60 days time period and the entry shall be recorded under the heading Accounts payable.

What is General Ledger?

The term General Ledger is part of financial accounting that records all transactions taking place throughout different sub-headings. General Ledger allocates entries from different ledgers into liabilities, assets, or equities as per the nature of the transaction. These major tasks are performed according to the accounting software used by the company.

It works on the phenomenon of the dual effect of each transaction that if one account is debited then the other must be credited. These dual effects of the transaction are termed as a journal that defines the source of every transaction and their subsequent effects.

In layman’s language, it is the lump sum amount of every individual ledger. Various heads are created under General Ledger consisting of creditors, debtors, current accounts, payables, receivables. As per the outcome of General Ledger, the trial balance is prepared for finalizing the Balance Sheet as of date to depict a clear picture of the company’s accounts.

For a better understanding of General Ledger, Suppose a Company receives a sum of $100 from the buyer on the sale of goods. This transaction will increase the assets of the company by $100 and decrease the account receivable by $100. By this clear effect, General Ledger completed its task in accounting.

Keeping Apart from the aforementioned differences, both General Ledgers and Accounts Payables play a vital role in finalizing the accounts of the company. Since investors don’t give preference to these two accounts as investors are concerned with Balance Sheets only these two terms create a foundation for Financial Statements.

Permanent records of day-to-day transactions are stored in General Ledger and there can be more than one heading for Accounts Payable under the master heading of General Ledger. Both terminologies serve different meanings to Books of accounts of the company. These Accounts Payables are reconciled on a recurring basis to have the actual position of short-term debt of the company.