Difference Between Justice and Revenge 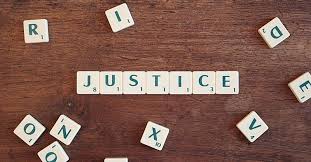 A victim of wrongdoing demands either Justice or Revenge but their consequences are not the same as one follows the law and the other does not. People may assume that both terminologies are the same therefore below-mentioned points are elaborative enough to differentiate between the two Justice and Revenge. In the view of harmony among human beings, the following article aims to separate their features.

The difference between Justice and Revenge is that Justice is rational and Revenge is the emotional behavior of the victim who suffered wrong. Justice is the judiciary process or output of using laws in the right manner to punish criminals. Revenge is an act of harming a person in response to some injuries.

The term Justice refers to the activities associated with moral rightness, fairness, law, and ethics. One needs justice if a person suffered some wrongdoing also it seeks to correct the mistake using rules and regulations without any bias-decision. Decisions taken as per the court of law are not partially or emotional.

The term Revenge refers to the act done to harm a person who made some loss or injury to a victim. It can also be defined as retaliation for suffering harm. By nature, Revenge is usually personal and the output is driven by Revenge is for personal satisfaction only. It’s all about getting even.

Comparison Table Between Justice and Revenge

Justice comes into the picture when somebody does wrong with someone whether intentionally or unintentionally. Especially when something is criminal or bad. With Justice, people come close to each other for peace and harmony. Justice is not defined as only one end it is propelled by the self-interest of the parties. There are ample terminologies to define Justice mainly Rational, legal, logical, unbiased, impartial.

The word Justice is derived from the word Just which means Fair. Altogether when people do something wrong they are required to accept the consequences after such wrongdoing. Every country has its procedures for Justice followed by the respective laws. Every crime is provided Justice as per applicable rules and regulations. Justice is a path to teach a person who has done anything wrong. Justice exists so that no one needs to take revenge. To keep people safe in society Justice is always there.

For a better understanding of Justice here is an example that a Theif has stolen jewelry from the Jewelry Shop and run away. The shopkeeper catches him and handover at the local police. The Police gave him punishment this is what we mean Justice. Justice is a process for peace.

The term Revenge is there to the even when somebody does the wrong to some other person and satisfied with their own opinion the victim harm the wrongdoer For the better understanding if a Police arrest a thief then he takes revenge from the police to arrest him. Supposed your neighbor broke your window accidentally and in return, you also break his window this is what we call Revenge that without informing legal authorities person has satisfied himself by harming the wrongdoer in return.

Majority of the time the Revenge leads to a never-ending cycle that which persons are taking revenge on each other. Though revenge is unjust and may lead to biased results in self-interest. It is quite obvious from the fact that Revenge is taken to satisfy a party who suffered wrongdoing against him. Revenge always leaves a Negative impact as instead of allowing the court of law to take the corrective measure victim himself takes action to punish the wrongdoer.

Revenge can be said like this also an attempt to speed up the government procedure for justice just for self-satisfaction. Though the steps taken for Revenge are not always legal in the eye of law.

Main Differences Between Justice and Revenge

For effective results, Justice is always the right path against any wrongdoing of criminals as it may take time but it will never give any impartial results also Justice when performed rightly brings harmony and peace and make people closer. Justice brings back the good pace.

For example, a man who crashed the bike of his neighbor in the Justice neighborhood will complain to Police and the law may ask to replace the bike. But in Revenge, the Bike owner may kill his neighbor.

Revenge involves more emotions in the action that may lead to a criminal activity whereas Justice is rational as it involves the court procedures and trials that provide fair judgment at the end. Justice is an order of law and Revenge is chaos in reality.

WHO IS THE COMPANY SECRETARY? An In-Depth View

WHO IS THE COMPANY SECRETARY? An In-Depth View

Difference Between Shareholders and Directors of a Company